I was recently invited to speak at Facebook and also act as a judge at their second data visualization competition, VizCup 2. Yesterday, I joined the fun at One Hacker Drive in Menlo Park. For those of you with the IQ and drive, there are few places on earth (sans InterWorks) that can rival the assembled mass of cool, fun and brains that you find at Facebook.

The Updated Facebook Tour – Now with Interns and a Luau

This is the third time I’ve been to the campus, and every time I come, the Disney-like park just seems more lively and fun. It was an intern recruiting and Hawaiian Luau day to go along with the VizCup competition, so the whole bundle was even more entertaining than normal.

My friend and Tableau Zen Master, Andy Kriebel, gave me the updated tour. This time, we saw the roasting pigs. They don’t mess around at Facebook—to throw an authentic luau, you must have real roasting pigs! I decided to sample some, and it was delicious. Later, we sampled some of the equally excellent ice cream that is provided every day to all Facebook employees and any lucky visitors. 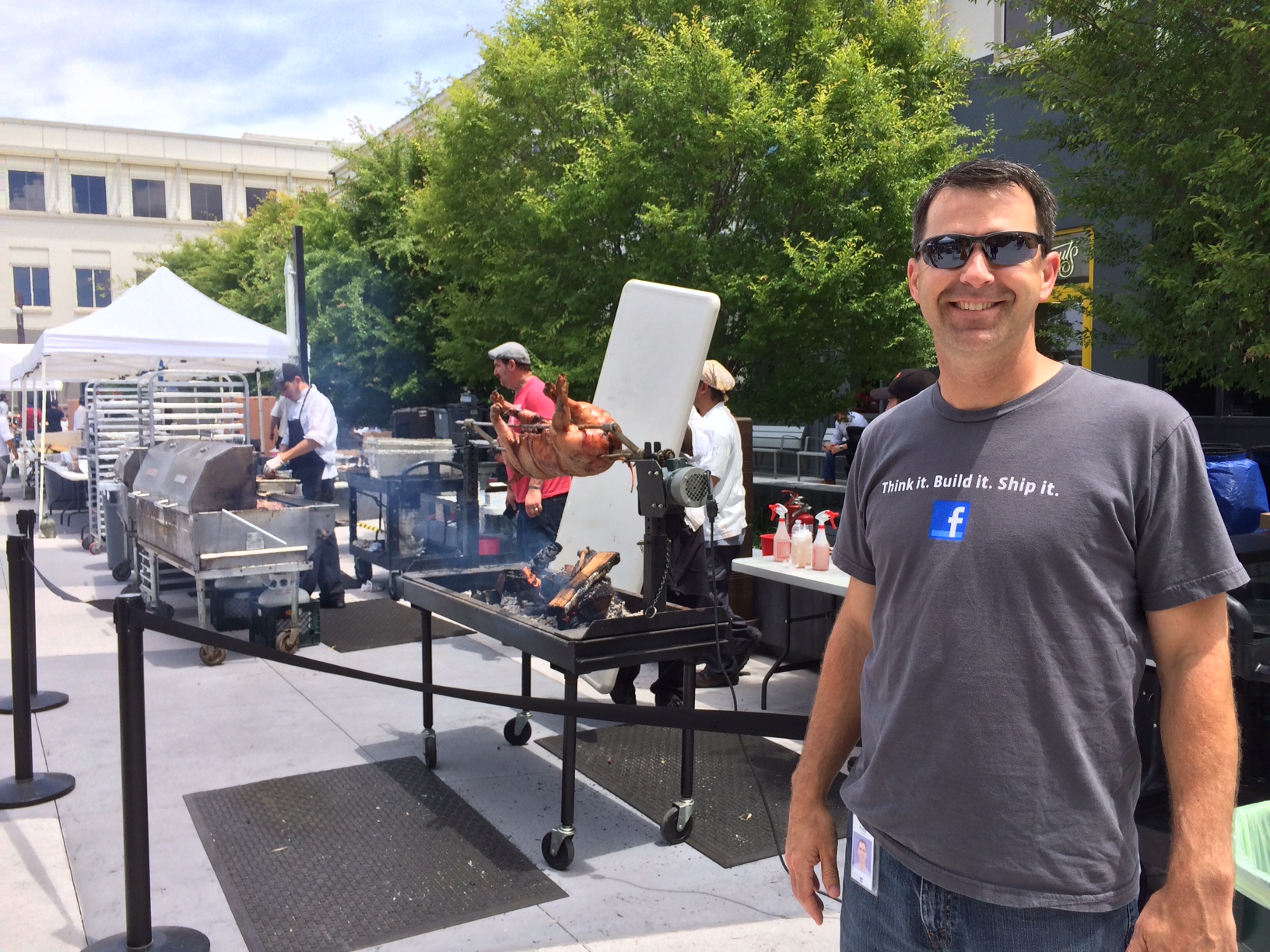 Above: Andy Kriebel standing in front of one of the roasting pigs.

After lunch, I gave my speech. It was well-attended. The questions afterwards were smarter than average, and the one I enjoyed the most was a database “single-version-of-the-truth” variant delivered by an undoubtedly talented, hardcore database architect from Facebook.

I took the opportunity to tell them that pursuing the “single-version-of-the-truth” hypothesis is a noble goal, but it’s a lot like chasing unicorns at the end of rainbows. You really never get there, other than in very limited domains. In today’s world, it’s impossible to have a single version of the truth when that comes from so many pipes that are of the NoSQL variation. 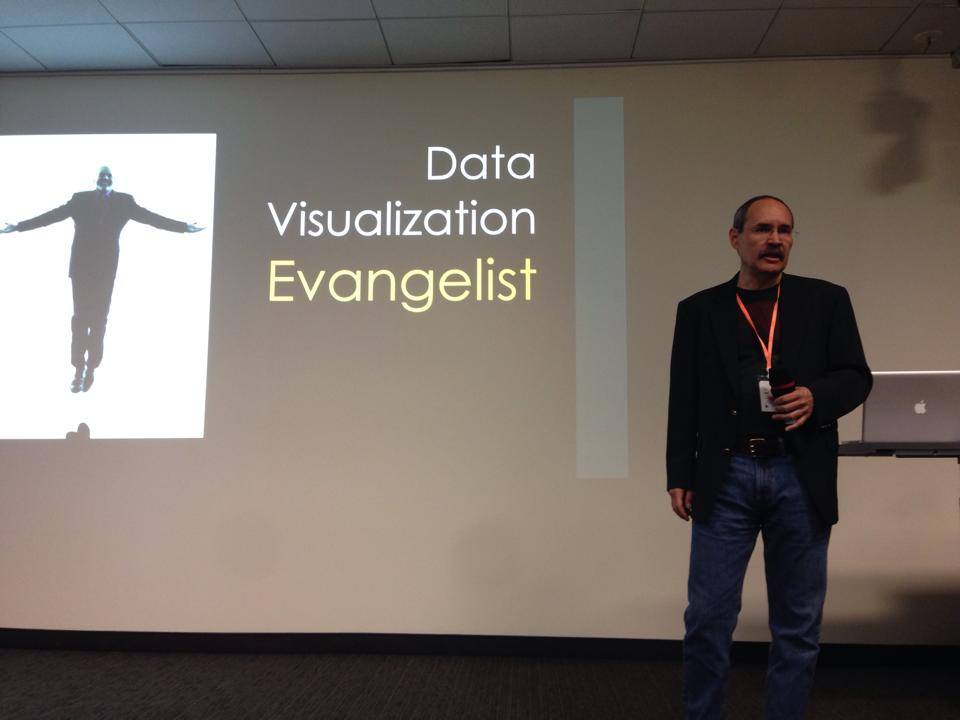 Above: A photo of me speaking to the Facebook crowd, courtesy of Andy Kriebel.

The questioner took my mild verbal assault well, and we had a longer and more meaningful chat during the VizCup competition later in the day. That’s one of the things I like about Facebook people. They ask good questions. If you don’t give them the answer they may have been expecting, they ask even more questions and generously offer their perception on the matter. Those perceptions always provide valuable bits of insight.

I had the honor of being asked to judge the event along with two intelligent and lovely Tableau employees, Jewell Loree and Cole Nussbaumer. Clearly outmatched in beauty and brains, I opted to offer humor at the appropriate moments. During the 60 minute competition, I wandered the room. Several contestants commented that they loved my book, “Tableau Your Data!” Several freelancers asked if we would be interested in working with them if they got into bigger projects that they were not equipped to handle. My answer—if you are a nice person that is googly-eyed over Tableau—is yes, we are. 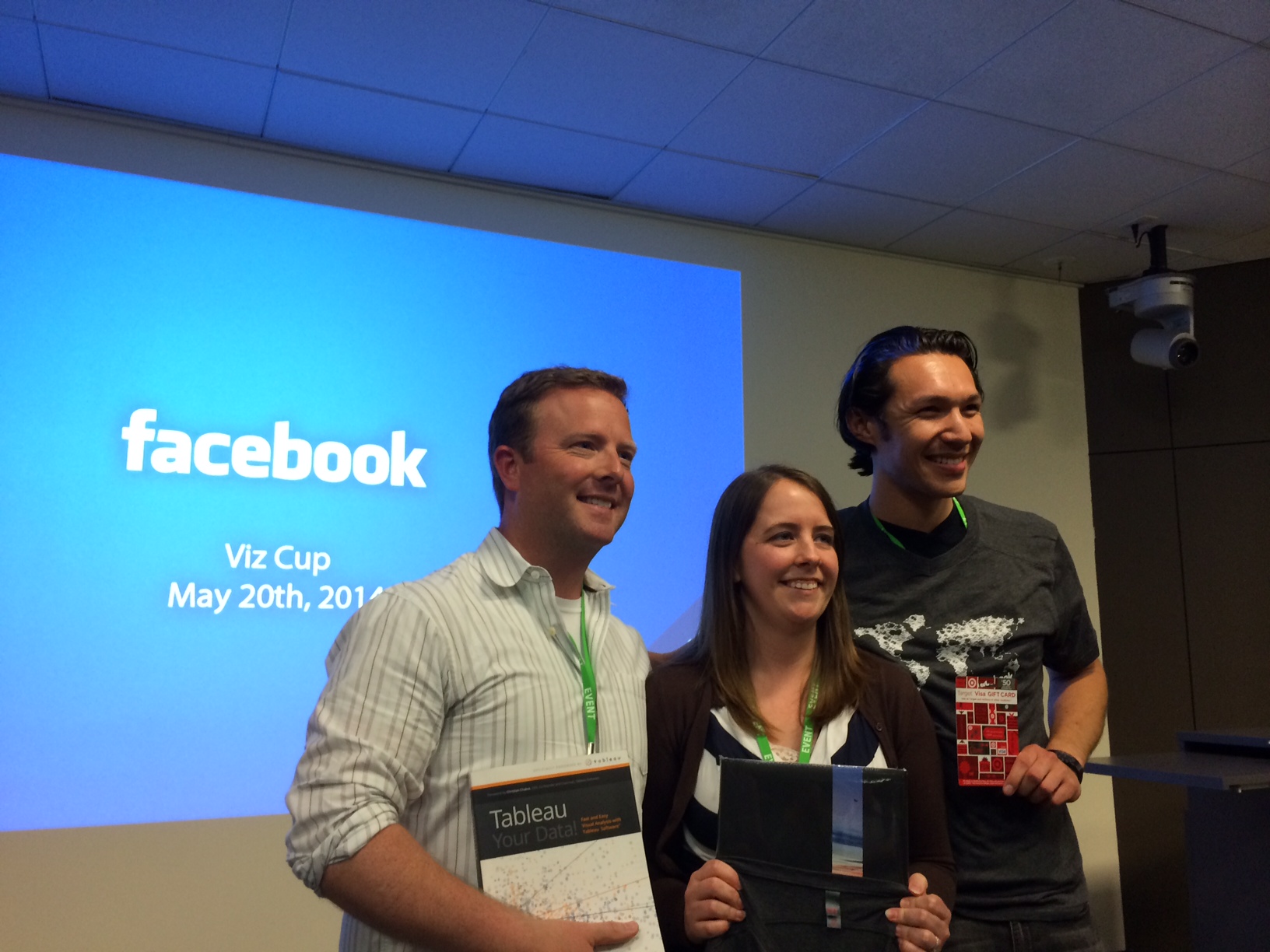 Above: The VizCup Winners with their prizes, including a copy of “Tableau Your Data!”

There were around 20 entrants for VizCup 2. All of the contestants did very nice work. Some were exceptional. The winners did an amazing presentation using the Tableau 8.2 beta release and exploiting (very effectively) its new storytelling story board feature. They clearly articulated an analysis, hypothesis and conclusion using three presenters and around eight visualizations comfortably in 60 seconds. If that doesn’t get you interested in the storytelling capabilities of Tableau 8.2, you’re not paying attention.

Again, big props to the winners: Peter So (L2F), Caitlin Donaldson (Bunchball) and Keith Conley (Bunchball). You guys did a great job!

I really appreciated the opportunity to visit this campus. Thank you, Zen Master Kriebel, for the invitation and the ride to my hotel after the event. If you need a judge in the future, please consider asking me again. I want to sample some more of that pig and ice cream.

For those of you looking for more great Tableau resources in addition to “Tableau Your Data!” and the InterWorks blog, be sure to check out Andy Kriebel’s VizWiz blog.