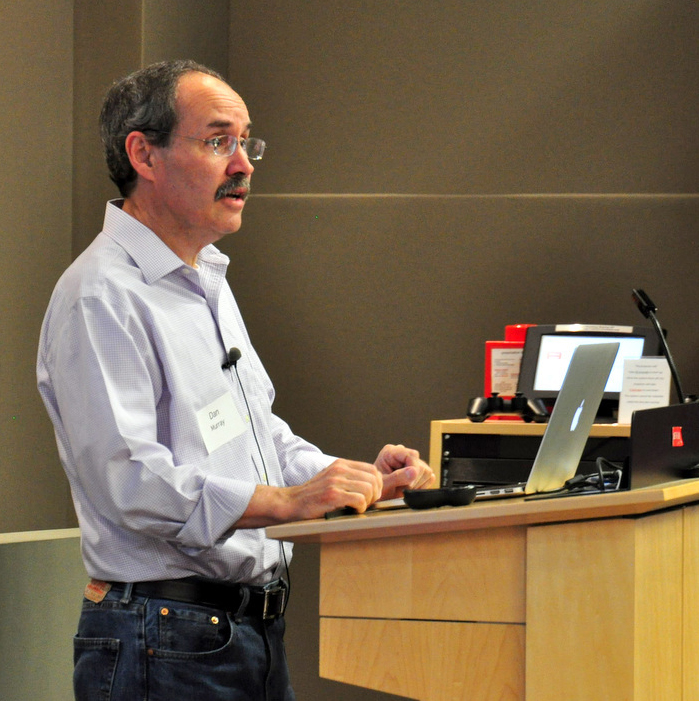 Above: Speaking at the Bay Area TUG.

I’m looking forward to my upcoming European speaking tour that kicks-off with a talk at the Tableau Conference on Tour in London with Andy Kriebel (Facebook’s resident Tableau Zen Master). I immediately follow that talk with a “Tableau Your Data!” tour speech at the London TUG with François Ajenstat of Tableau Software. Then, it’s on to the rest of Europe.

What’s the goal of the European “Tableau Your Data!” tour? To grok your munge, of course. You may be scratching your head a bit at my choice of words. I promise that this isn’t some ill attempt at me speaking Dutch. Let me explain.

For those of you that don’t already know how to “grok” and “munge,” you can find definitions of the cultural references on Wikipedia, the free encyclopedia.

“Grok” /ˈɡrɒk/ is a word coined by Robert A. Heinlein for his 1961 science-fiction novel, “Stranger in a Strange Land,” where it is defined as follows:

“Grok means to understand so thoroughly that the observer becomes a part of the observed—to merge, blend, intermarry, lose identity in group experience. It means almost everything that we mean by religion, philosophy, and science—and it means as little to us (because of our Earthling assumptions) as color means to a blind man.”

“Mung” or “munge” is computer jargon for a series of changes to a piece of data, which are often well-defined and individually reversible, but which transform the original item into an unrecognizable form. The changes may be destructive, e.g. by corrupting a computer file, or simply concealing, e.g. changes to an email address to disguise it from spambots).

The term was coined in 1958 in the Tech Model Railroad Club at the Massachusetts Institute of Technology. In 1960, the backronym “Mash Until No Good” was created to describe Mung, and a while after it was revised to “Mung Until No Good,” making it one of the first recursive acronyms. It lived on as a recursive command in the editing language, TECO.