About a month ago, I received a small box in the mail with an announcement in it. I was both surprised and thrilled to be voted a “Tableau Zen Master.”

Since hearing the news from Tableau, I’ve thought about the reasons why it might have happened. There are the obvious and recent factors, which include writing a book as well as speaking all over North America and Europe during the past 10 months. Or, perhaps it’s because I know most of the previous Zen Masters very well.

Joe Mako, Andy Kriebel, Anya A’Hearn, Chuck Hooper, Craig Bloodworth, Jonathan Drummey, Ryan Robitaille and Steve Wexler are all friends. Some of them are close friends. I’ve admired the work of Kelly Martin, Mark Jackson and Ramon Martinez, and I look forward to reviewing the posts they write and the knowledge they freely share. Richard Leeke consistently offers some of the best technical insight about the inner-workings of Tableau that I’ve seen anywhere. Jen Underwood is a consultant based in Florida that has written some very useful posts comparing different visualization tools. I’ve enjoyed reading them and found them to be helpful. Although I don’t know Allan Walker, his Tumblr site has mapping covered with some very insightful plots. Most recently, he shared an aircraft tracking render.

The common thread for all of these folks is that they have given something back to the community and freely share their knowledge. It is a real honor (and responsibility) to be included in this group along with the other new Zen Masters, many of whom are also friends. 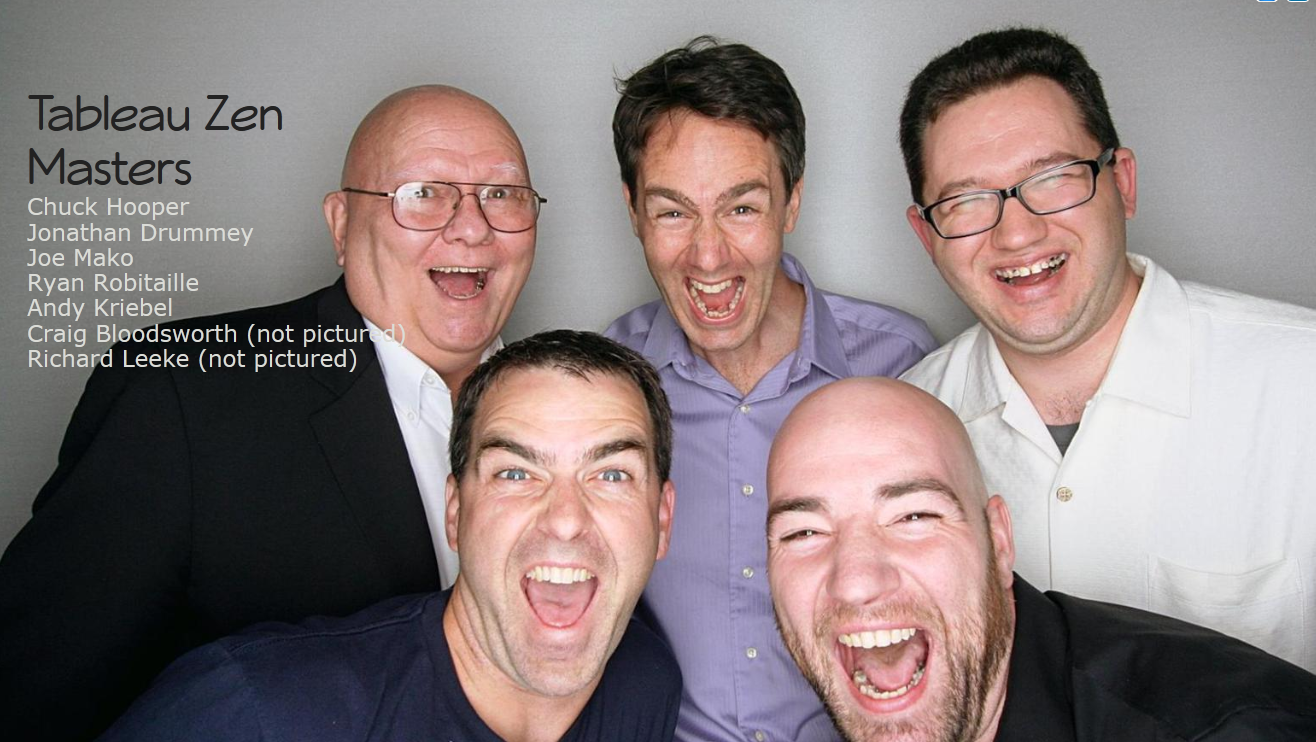 Above: Some of last year’s Zen Masters in the TCC13 photo booth.

My Story with Tableau

My use of Tableau started in 2007 before I became a consultant. It wasn’t obvious then that Tableau was going to take the BI World by storm. It wasn’t nearly as capable in V3.5 as it is today.

Tableau fit my needs perfectly back then. It provided a means for my team (along with InterWorks) to deploy a solution for less than 10% of the cost of more traditional BI platforms and with far less weekly effort than Excel. After finishing that project, I felt that Tableau Software had invented the next great tool (the first great tool was Lotus 123 in 1982).

After convincing the founder of InterWorks, Behfar Jahanshahi, to hire me, we started the first BI consulting practice built around Tableau. I proceeded to fail miserably in delivering on any of the goals we’d established for the first year of the practice. After that, my salary went to zero. I was 100% incentive. Being stubborn helps if you want to start something new.

Above: The ever-growing InterWorks BI team meeting before TCC13. I’m the one standing on the left.

What I learned in that first year of consulting was that Tableau’s value wasn’t really obvious to other people. Most people saw it as a charting tool. For those of you who love to do the deep dive into unknown data sets, you know that Tableau is much more than a “charting” tool. It’s a discovery engine. All of the best stories I’ve heard about Tableau successes are discovery stories.

I was on the 100% commission plan for about six months. In the third month, I generated just over $27,000 in consulting fees myself. Ever since that date, we’ve been on a very consistent upward trajectory. Today, the InterWorks BI team has 70 team members spread from the West Coast of North America to Europe. We’ve done over 1,000 projects in the last six years. Our clients include the most well-known and highly-regarded companies in nearly every industry vertical, even education and government. My team includes some of the smartest and nicest people I’ve ever had the pleasure of working with in my career. I feel truly blessed to be associated with everyone on the InterWorks team.

For those of you that have a passion for data, there is no better community in the world for learning and sharing your ideas than the Tableau community. If you want to join in the fun and the discovery, I’ll leave you with this advice from Charles Bukowski: 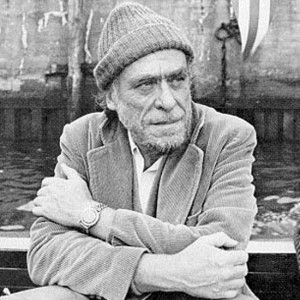 “Find what you love and let it kill you.”